Release date for Raising the Bar 3 is getting closer!

I'm getting close to the end of editing Raising the Bar 3! The release date is still set for July 1st. I see no reason why I won't make it by then. 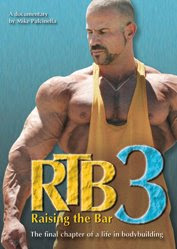 This week I'll be having a "focus group" meeting. All that means is that I'll gather together Dave and a few close friends to watch the entire DVD and tell me what works, what doesn't, and what I've left out. It's a very important part of the process. I've been so close to this project for so long that it is impossible for me to see it objectively. After that it'll hopefully only be a few tweaks and I can begin the creation of the DVD itself. 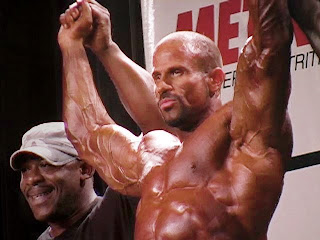 Don't forget, if you pre-order your copy of RTB3 before the release date you get FREE shipping!!

Order now by clicking HERE!
Posted by Mike Pulcinella at 9:02 AM No comments:

I had a great experience this week!

Iron Sport Gym was celebrating its 10th anniversary with a four event strongman competition and I offered to videotape it. Iron Sport is owned by my cousin Steve Pulcinella, an accomplished strength athlete in his own right. 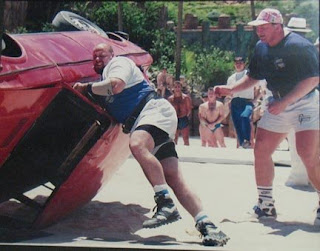 My objective with this video was to test myself and see how fast I could produce a tightly edited, exciting tribute to the day. The contest was on Sunday morning May 3rd. I had one camera on a tripod which I often left run by itself while I shot another angle of the action with a hand held camera. 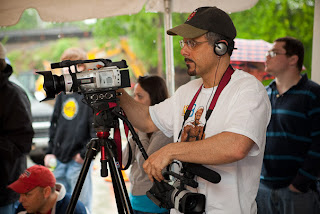 I shot 3 1/2 hours of footage, wrote and recorded the voiceover myself and I had the first draft uploaded by Wednesday morning! Not too shabby!

Steve watched the video and suggested a few changes. I had the new version re-posted by Friday morning. It may not be the most polished thing I've ever done but it's good to know that I can turn around a nice, crisp piece in a TV news style in a reasonable amount of time.

Check it out and don't be afraid to make suggestions if you think it could be better.

Posted by Mike Pulcinella at 8:07 PM No comments: