A review of Beyond the Pain 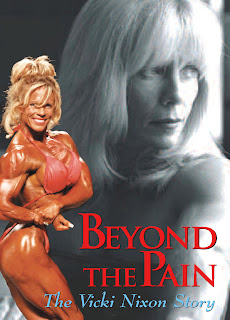 My new documentary, Beyond the Pain is finally done and the reviews are starting to roll in! Here's a really good one! It was posted on the siouxcountry.com forum by Gina Fata. 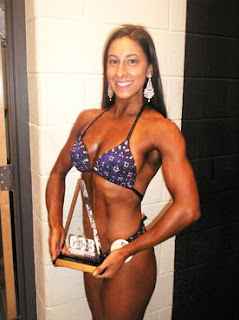 “Beyond the Pain: The Vicki Nixon Story.
Review by: Gina Fata

Bodybuilding is a sport of discipline, desire, and dedication. Vicki Nixon possessed all three of these qualities under extraordinary circumstances for all 23 years of her bodybuilding career. “Beyond the Pain” is a documentary film directed by the talented Mike Pulcinella, who has gone DEEP into the pain, suffering, and love of Vicki Nixon’s bodybuilding career. Vicki’s story is not only told by herself, but by Brian (her husband), close friends, and others that have been inspired by her through the years.

Throughout the film, we are taken on a journey through Vicki’s career in bodybuilding, photoshoots, and current interviews with various supporters of Vicki Nixon. Vicki Nixon's husband, Brian is extremely supportive and stays by her through every aspect of her life. Vicki and Brian are true soulmates, and they consistently lift each other up in their life together.

While most bodybuilders must remain focused on diet, training, and posing to get prepared for a contest, Vicki did that while dealing with serious medical issues. Pulcinella directs the film in a way that goes deep into the soul of Vicki Nixon. He finds a way to capture emotion, integrity, and joy all in one moment. He also holds true to the dedicated person that Vicki Nixon is by showing the audience her passion for bodybuilding, and how supportive she is in fostering the success of other people. This is a unique quality that Nixon has, because bodybuilding can sometimes be considered a vanity sport.

In my opinion, Vicki Nixon is what female bodybuilding is all about. She deals with mental and physical struggles, hardcore dieting, precise training, and goes "beyond the pain." Although she has retired from bodybuilding, Vicki has proven herself to be a success in the sport. Her kind and giving spirit still continues to help others in the sport, which seems to give her much enjoyment. Vicki Nixon's story proves that will and passion to succeed is vital in bodybuilding, and your heart will take you "beyond the pain".
Posted by Mike Pulcinella at 11:23 AM No comments: